First day of the Chapter: Memories of the Provincial Government and Evaluation 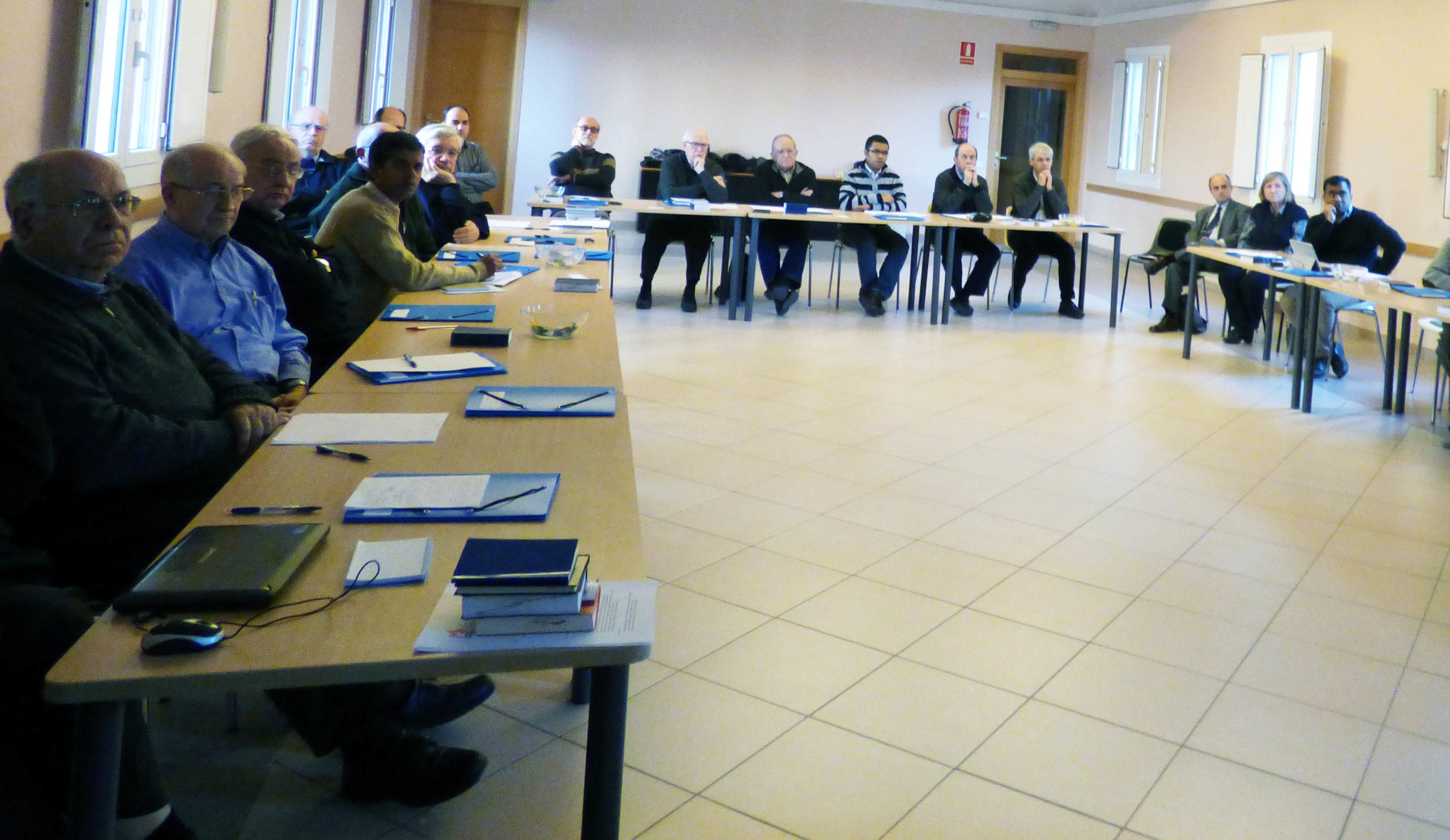 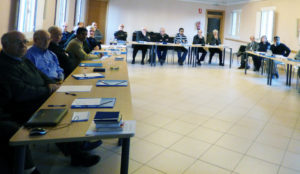 Versió catalana. Versión castellana.
Today, 25th of January, on the Feast of the Conversion of St. Paul, the Claretians of Catalonia, solemnly inaugurated 22nd Provincial Chapter with a Eucharistic celebration presided over by Rev.Fr. Gonzalo Fernández. In his homily Fr. Gonzalo insisted on the importance of Thanks giving and invited the Claretians to the conversion: from egocentrism to the service and from despair to the hope.
After the invocation of the Holy Spirit, the President of the Chapter, Fr. Gonzalo, welcomed the Chapter members. Then the actual provincial Fr. Màxim Muñoz has invited the members to “listen and receive the inspiration of the Holy Spirit and brethren”. Later a letter from the Fr. General has been readout. In which he has invited the members to live the inter-culturation and thanked the province for its service in taking care of the foundational places of the congregation. In his final address Fr. Gonzalo affirmed, quoting the General Chapter document, the need of the congregation in movement. Thanked the presence of the young people in the chapter and invited to work in group, and to form ourselves to respond the religious indifference. As a conclusion, he motivated the members to listen actively to one another and speak openly.
Fr. Josep Roca has been elected as the Chapter secretary. Also the different commissions were constituted for the work of the Chapter. Then Fr. Gonzalo invited the chapter members to write a personal letter to the Chapter, which was voluntarily read out by the members.
In the other sessions, the memories of the province; government, formation, spirituality, apostolate and the economy has been readout. The lay directors of the schools, Editorial, Esportiu Claret, and the Claret Foundation has explained briefly their respective activities.
Thus the first day of the chapter has come to an end with personal time to read the memories and the Evening prayer.