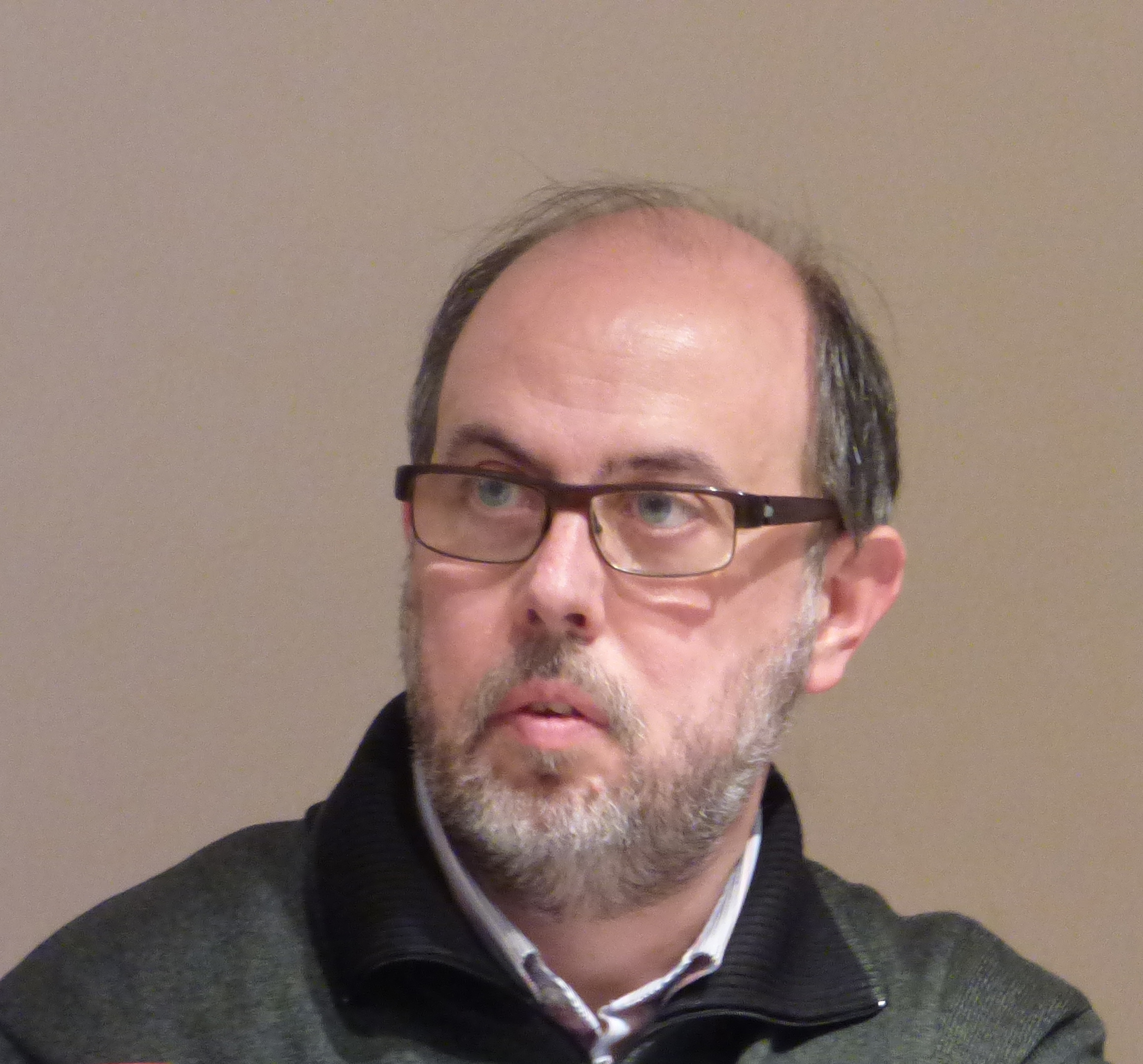 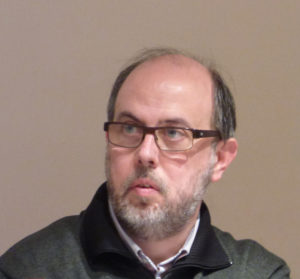 Versió catalana. Versió castellana. The third day of the Chapter began with the celebration of the Eucharist and the Morning Prayer led by Father Gonzalo. During the Mass the Holy Spirit was invoked especially to help in choosing the new Provincial and his council which has to be carried out during the morning. In his homily Fr Gonzalo has pointedout the importance of personal and community responsibility, trusting the Lord. From the Gospel reflexion, Fr. Gonzalo stated that, the Lord asks us to take our responsibility seriously, purify personal motivations and fully trust Him. He also recalled that Fr. Claret when he accepted the request of the Archbishop of Santiago de Cuba did not make the decision alone, but previously he consulted with the people nearby. All these points of the reflection helped the personal in their discernment before the election of Fr Provincial and his council.
After invoking the Holy Spirit with the chant of “Veni Creator Spiritus”, and after reading Constitution no. 112 and the numbers 444 and 445 of the Directory, the Chapter has elected Fr. Ricard Costa-Jussà as the new Provincial of Claretian Missionaries of Province of Catalonia.
Fr. Ricard Costa-Jussà was born in Sabadell in 1967, where he did his primary education in St. Claret School. He entered as a postulant in the congregation in 1979. He made his first profession in Montgat1988 and the final profession in Vic 1992. He was ordained as deacon in 1994 in Valls and as priest in Sabadell, his hometown, in 1995. After the postulancy and novitiate, did his studies of philosophy and theology at the Faculty of Theology of Catalonia. Father Ricard was the consulter of the provincial Government between 2002 and 2010, and he also was the vicar- provincial during the last six years, from 2004 to 2010. Fr Costa-Jussà has lived in the communities of Sant Boi de Llobregat, Girona, Barcelona and Valls. He is currently rector of the parish of the Heart of Mary and St. Thomas in Barcelona.
https://youtu.be/wEZzD1HmUAw
https://youtu.be/XXImPsNIwHc