The new organization of the government 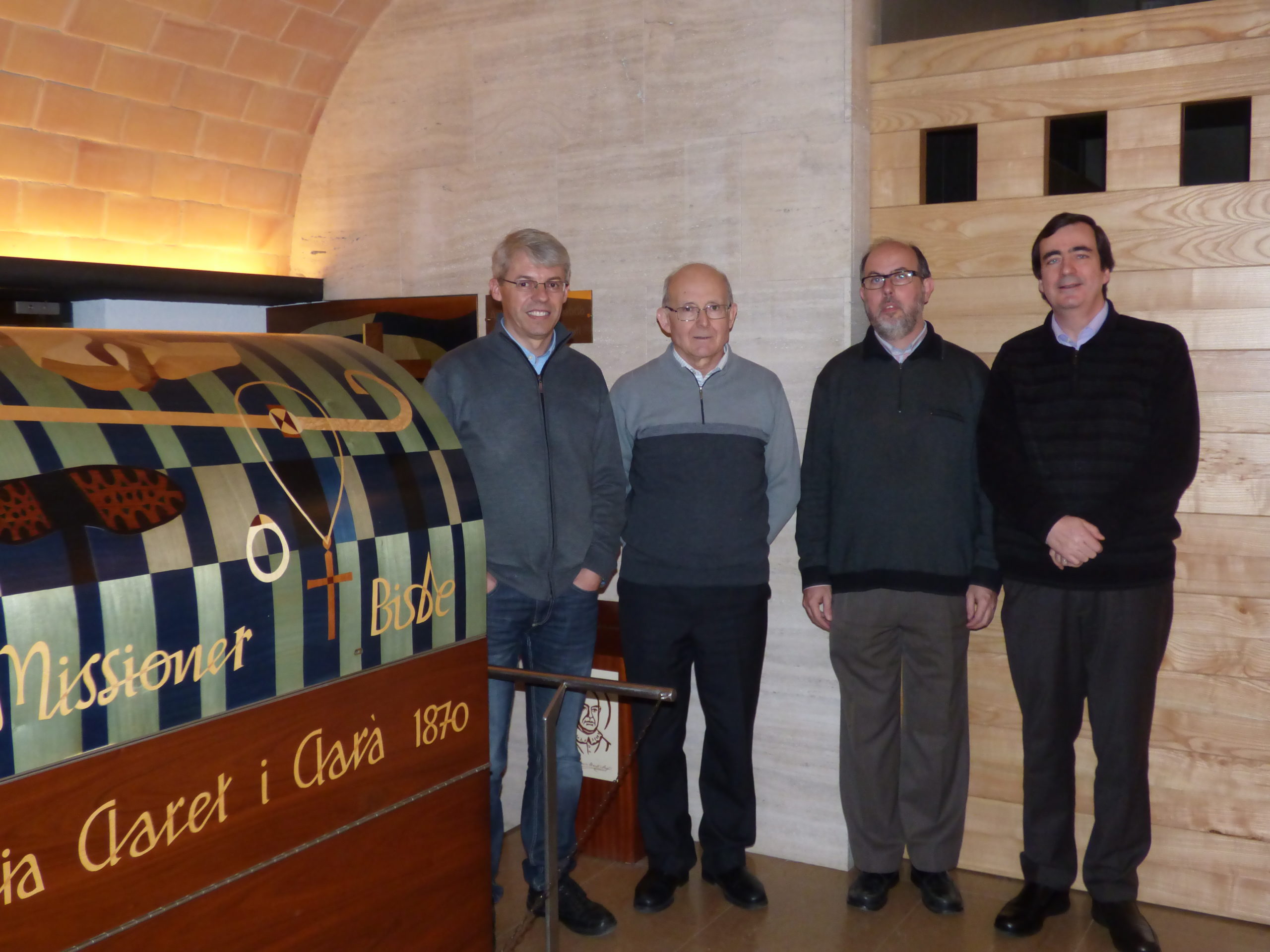 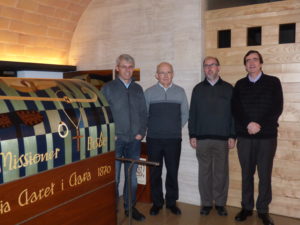 Versió catalana. Versió castellana.
In  Wednesday afternoon, January 27, the new Provincial, Fr. Ricard Costa-Jussà, has given his proposal for the new organization of the  government,that has been approved by the Chapter. In the First place, Fr. Ramon Olomí has been re-elected as Econome and consulter. Then, Bro. Josep Codina is elected as the Prefect of Apostolate and at the end Fr. Màxim Muñoz is elected as the prefect of Formation and Spirituality.
In the evening, different lay people, who are working, hand in hand with the Claretians of Catalonia came to share the table with the chapter members. They expressed their experience and expectations in working with Claretians in different activities of the province. After that they shared a moment of prayer and fraternal meal with the members.
Fr. Ramon Olomí, Consulter and Prefect of Economy.
Fr. Olomí was born in Artesa of Lleida in 1944. He was ordained in Rome in May 1970.
He obtained his Licentiate in theology from the Lateran University of Rome and Psychology at the University of Barcelona.
From 1970 to 1979, he lived in Montgat where he exercised various activities like; parish priest, professor in the seminary of Conrerria and formator of the Postulants. From 1979 to 1987 he was the Director of the Claret School in Sabadell and from 1987 to 1989 he was the Parish priest in Sant Boi. In the same year he to also exercised as Director and administrator of the Claret School in Valls. In 1992 he was elected as the Provincial and re-elected in the next Chapter. Thus, 12 years he served the province as provincial. Then he continued to serve the province as the Provincial Administrator from 2004 onwards.
Bro. Josep Codina i Plana, Consultor and Prefect of Apostolate.
Bro. Josep Codina was born in Cellera de Ter (Girona) in 1967. He made his perpetual profession in Vic 2011.
He obtained his Licentiate in catechetical studies in the Institute of Religious Sciences of St. Pius X Madrid. During 2005, he did his postulancy in Vic continued with the novitiate in Granada during 2005-2006. He continued his formation until 2009 in Vic. In that year he moved to Colmenar Viejo (Madrid) for his licentiate. 2011 he was destined to Valls where he takes care of the pastoral work both in the Claret School and in the Parish of Our Lady of Lledó. Since 2012, he is the in charge of the Youth Ministry of the Province. He is a member of the Youth Ministry of the URC and also a member of the Youth Ministry Delegation of the archdiocese of Tarragona.
Fr. Màxim Muñoz, Consultor and Prefect of Formation and Spirituality.
Fr. Muñoz was born on August 6, 1958 in Zarza Capilla (Badajoz). He professed as Claretian in 1977 and was ordained in 1985. He holds a PhD in theology from the Gregorian University in Rome, with a dissertation on Yves Congar. He is professor of Christology in the Faculty of Theology of Catalonia. He has also taught in the ISCREB and the Institute of Fundamental Theology at St. Cugat and CEVRE and he is also director of the Claret Foundation. Author of several books and articles in pastoral theology and has been a member of the editorial board of the journal Ephemerides Mariologicae and Selections of Theology. Since 2004 Fr. Màxim Muñoz excercised as the Claretian Provincial of Catalonia until now. He is currently also Chairman of the URC (Union of Religious of Catalonia).