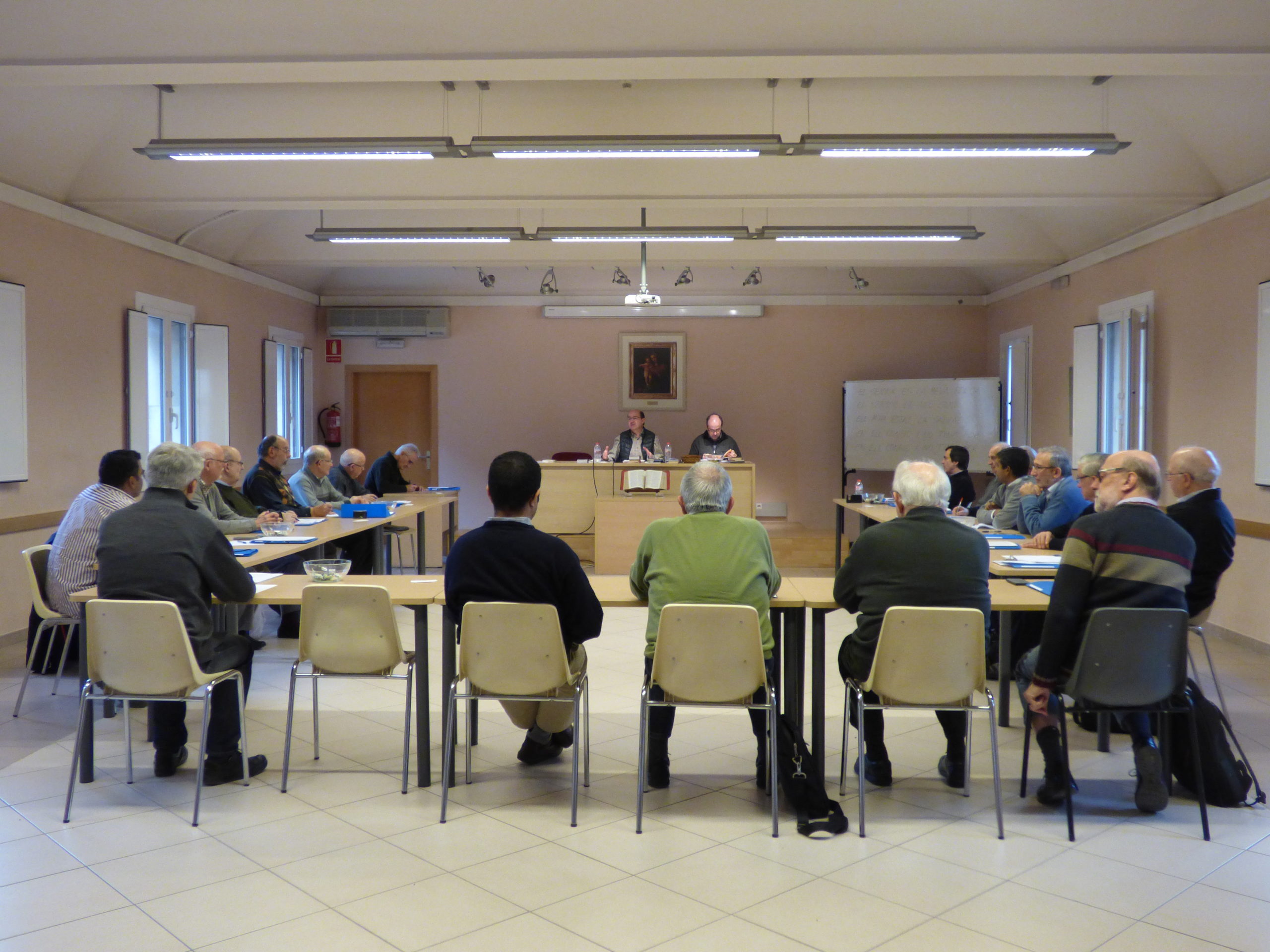 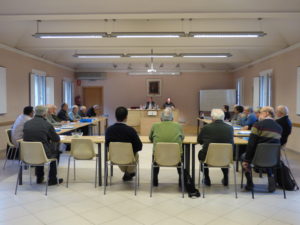 Versió catalana. Versió castellana.
The fourth day of the Chapter has begun with celebration of the holy Eucharist along with the Morning Prayer. Fr. Joan Font presided over the celebration in which he reminded us the Year of Mercy and the love of God towards each one of us.
In the first session, the Chapter approved the act of the previous day. Later, the preparation for the Chapter Document has begun. A pre-chapter Document prepared by the pre-chapter commission formed by the Frs. Josep Roca, Josep Rovira Perof tee Codina was presented to the Chapter Hall and the Chapter accepted this document as the draft for the new Chapter document.
In the second session, the groups had the centre role. Like last Tuesday, the Chapter members were divided in 3 groups and started to work over the draft document.
The  afternoon session was dedicated to think over the reorganization of Claretians in Europe. The President of the Chapter, Fr. Gonzalo Fernandez, presented the last letter of Fr. General addressed to all the Claretians in Europe and then had fruitful dialogue over this theme.
The last session of the day was to present the reflections on the pre-chapter document that the groups have made during the morning. Later, the participants did a sharing over the impressions of the document.
The fourth day has ended with the exposure of the Holy Eucharist and Evening prayers.